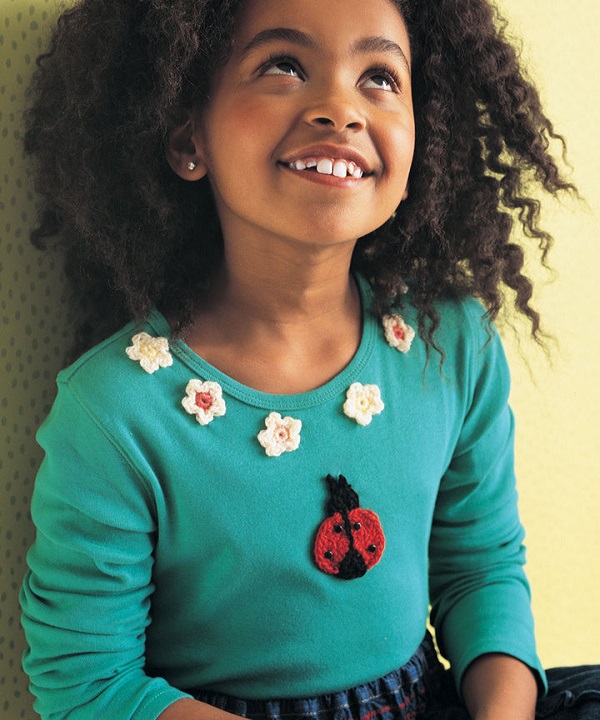 Sweet flowers and an adorable ladybug can accent anything from tee to tote bag! They’re easy to crochet and sure to be a hit whether you’re seven or seventy.

Finishing
Weave in ends. Pin flower(s) to shirt as desired and stitch in place.